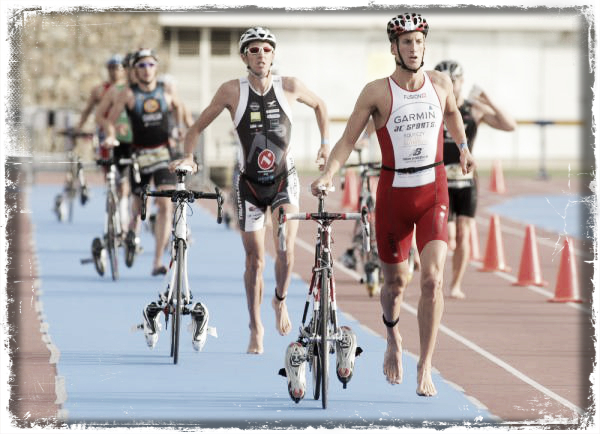 Pain threshold varies amongst people and gender and the same goes with athletes and non-athletes. Different studies will back-up or reject the above statements, although in general latest research demonstrates the ability of athletes to handle pain better than ordinary people.
People doing triathlon like us, are considered as abnormal or out of their mind because they put themselves through hard training sessions and out of the ordinary training hours and competitions.
Whether we are mental or not, can be explained by a recent study published by the Journal of Pain, which indicated that triathletes have higher pain tolerance than recreational athletes. This study was part of an ongoing research which evaluated the factors that can help in reducing or regulating the pain of those suffering daily chronic pain.

The aim of the study was to examine whether there is a link between intense training in athletes (and specifically triathletes) and chronic pain. Most studies that looked at chronic pain have looked on the perception of pain during a single bout of exercise, while in the present study they have examined the perception of pain during training and competitions.
The authors tried to explain why chronic pain and the perception followed are associated with deficient pain modulation in patients, while in triathletes this has the opposite effects.
They compared 19 triathletes who competed in triathlons with a control group of 17 recreational athletes of different sports. Putting them through a battery of psychological and physical (Ice bath or Thermal stimulator) tests scientists found that the triathletes as a group exhibit less fear towards pain.
Especially triathletes that train harder than the rest of their counterparts report having less anxiety towards painful events. This verifies previous beliefs that Ironman triathletes report visiting the “pain cave” frequently during their training to prepare them mentally and physically for the pain and psychological distress they will face during a triathlon race.
Whether this pain tolerance is inherent or is acquired the verdict has yet to come. It was reported in past research that triathletes have partly inherent pain modulation qualities. The present study supports that triathletes acquire such abilities.
They reported that triathletes constantly experience pain during training, competitions or exercise-induced injuries. Yet, they persevere in their physical exercise despite the pain. This continuous interaction with pain stimuli constantly triggers the brain of triathletes causing a more powerful pain modulation and tolerance. Thus, although both triathletes and chronic pain patients may experience pain on a daily basis, the effect on pain modulation seems to be the opposite.
A reasonable explanation for the difference between triathletes and non-athletes is that chronic pain patients unwillingly suffer from chronic pain and its stressful consequences, over which they have no controllability and predictability. In contrast, triathletes willingly and enthusiastically engage in a sport that knowingly induces pain and stress, over which they have full control and towards which they are highly motivated.
Therefore the next time someone calls us abnormal or mentally unstable you can refer them to the specific article and tell them that you are special rather than abnormal. So, the secret is to engage into train and pain tolerance, this will make you mentally and physically stronger.